For the easter holidays, we had friday off so i got 3 days together and in this short time , i had planned to visit new york city. Time was a constraint and so was the budget. I had booked a hotel in Roger Williams hotel, http://www.hotelrogerwilliams.com/, which is 4 star hotel in mid town new york.

Since i am from toronto, i found some of the facts interesting in newyork. First they have devided the city which is a tiny part of whole of USA , into 3 parts 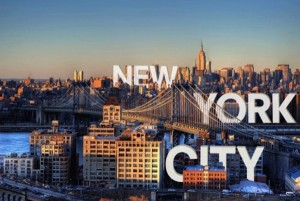 i have been told any where above mid town is NO NO land :). Well do i agree to that, it depends.

So my hotel was in the MID town part of the city which lies between 57th and 42 street. Oh yes, they use the numerical system to name streets and follow a grid pattern for streets so its easy to locate parts of the city.

So my trip had 2  days, i started friday morning around 7am and i had to come back sunday by 7pm

Leaving early morning was an advantage since the traffic flow at the border was quiet OK. I had used a TOMTOM ONE XL gps, which screwed on the way, when i was THIS close of reaching the city.

Another point, always have US currencies , because, even though on the way you have tolls to pay, which by the way accepts canadian currencies at 25% markup. once you reach the city, you need US bills to enter lincoln tunnel or george washington bridge.

These are the 2 bridges linking with the manhattan. It took atleast 1hr to cross the tunnel, once i did that my GPS was pretty much useless. It cannot triangulate my location, may be because streets were too close to each other. It seemed as if the mayor of the city were trying to pack as many streets into mahnattan as they can.

Once you enter through lincoln tunnel, you are entering through downtown manhattan, and you have to swim and find you way till mid town, which isnt too far from downtown. So by 7pm friday i reached after all this, for an expert it will only take 8hrs but since i am not it took 12hrs to reach the hotel.

So after an hours break in the hotel, which by the way was way smaller than the typical 4 star hotels. And everything in the room were price tagged from bottle of water to toothbrush ranging between $5 to $10

Just in case you get thirsty, you will be billed $8 for a 500 ml of bottle water…They were kind enough to offer a bathrob for customers, but if you feel like taking it home, they will charge a whopping $75. I had used the valet parking which was $50 per day, since i drove 12 hrs i dint want to waste any more time looking for a parking.

But above all this, hotel was located right at the center, walking distance to everywhere…well not everywhere

So we stepped out of the hotel, which was located at 32nd street and 6th street. We had laid down a road map of places to see and things to do, which follows like this, starting from 8pm

So we started friday night at 8pm, walked straight to empire state buiding, which is close to Korean town, well nothing much to see there and its not as big as china town or little italy.  Once you enter empire state building, it will take atleast 30mins to get to the ticket counter, which costs around $20 per head. and another 20mins to get to the elevator which will take you to 90th floor. Then wait another 20mins for an elevator to 96th floor…  The view from their is spectacular, you could virtually see the whole of new york city, including the statue of liberty. Getting back from empire dint take that long, may be another 30mins
So after almost an hour and half trip trip in the empire state building, we bought a hot pretzel which is too salty, walked towards madison square garden, a very nice building, filled with people, took some photos, headed to time square.. which you wont miss because, from far you will see the bright lights.
I felt time square almost similar to the picadilly circus in london, UK. but with alot of lights. Its truly amazing how pretty they have made that street with all the LED filled billboards. By then it was amost 12am at night,  we had dinner from TGI Friday. I realized slowly the crowd was getting rough and din’t feel comfortable at all. So i headed to my hotel room….
On this day I skipped, the wax musuem and rockafeller center
Day 2
Agenda on this day were the following:
Since we decided will stay that night at my cousins house, we checked out from hotel at morning itself leaving our luggage at the reception.
At 9am, Took a the legenday YELLOW New york Cab, headed to UN building, there was no queue at all, the guided tour wasnt available, we saw some of exhibits in the main hall. Right opposite to it is the Trump Tower, which is huge building, displaying the wealth  of the wealthy !!
Had a breakfast from the near by cafe, and headed to Bloomingdales, which is a pretty big store with all the brand name products. Well these brand names, are the top class one which you wouldnt find in sears or bay (store in toronto).
The time by now was already 11am, we decided to get a taxi from bloomingdales, which is like at the East Midtown to down town, we asked the cab driver to driver through wall street , showing us the places, which was a pretty good experience, we saw everything from mid town, through soho till down town. This trip was around $17 . We got down at the stock exchange at the raging bull statue, where people were taking photos. From their we headed to new york museum and took some photos , dint enter. Then headed to statue of libery trip where i had to spend atleast 1hr in the line till entering the ferry. But it was worth every penny. The ferry costs were around $12 per head. The ferry took us to statue of libery, since it was raining we decided not to get off, which saved alot of time, we stayed in the same ferry and headed to ellis island. and back to land, which took around 1-2 hours.
By now it was already 3pm, so we headed to macy’s and skipped the ground zero, greenwich village and soho. Macy’s had flower show that day, it was pretty packed. We collected our luggage from the reception, got my car back and headed to hackensack.The time was around 4pm
Even though my heading says visit new york city in 2 days, it  was more or less in 1 day. I figure if we had 1 more day, we could pretty much cover most of the HOT SPOTS in the city. Then again, new york isnt going anywhere , neither I am…