Home Blogs Articles Ten Most Beautiful Temples of the World

Ten Most Beautiful Temples of the World 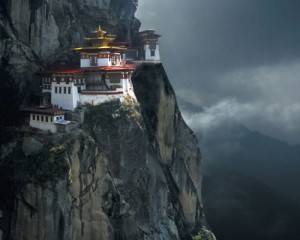 Paro Taktsang is one of the most famous monasteries in Bhutan. It was built around the Taktsang Senge Samdup (stag tshang seng ge bsam grub) cave where Guru Padmasambhava is said to have meditated in the 8th Century. Today it is the most well known of thirteen taktsang or “tiger lair” caves he meditated in at different places in Tibet and Bhutan.Completed in 1692, the temple hangs on a cliff at 3,120 metres (10,200 feet), some 700 meters (2,300 feet) above the bottom of Paro valley, some 10 km from the district town of Paro. 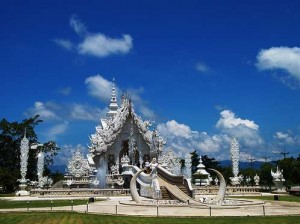 Wat Rong Khun is a contemporary unconventional buddhist temple in Chiang Rai, Thailand. It was designed by Chalermchai Kositpipat. Construction began in 1998 and is expected to end in 2008.Wat Rong Khun is different from any other temple in Thailand, as its ubosot (Pali: uposatha; consecrated assembly hall) is designed in white color with some use of white glass. The white color stands for Lord Buddha’s purity; the white glass stands for Lord Buddha’s wisdom that “shines brightly all over the Earth and the Universe.”

The Shwedagon Pagoda officially titled Shwedagon Zedi Daw, also known as the Golden Pagoda, is a 98-metre (approx. 321.5 feet) gilded stupa located in Yangon, Burma. The pagoda lies to the west ofKandawgyi Lake, on Singuttara Hill, thus dominating the skyline of the city. It is the most sacred Buddhist pagoda for the Burmese with relics of the past four Buddhas enshrined within, namely the staff of Kakusandha, the water filter of Konagamana, a piece of the robe of Kassapa and eight hairs of Gautama, the historical Buddha.

5. Temple of Heaven or Altar of Heaven, China 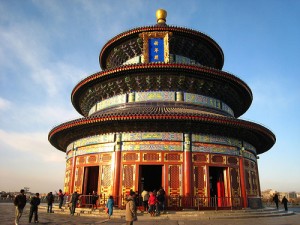 Temple of Heaven is a Taoist temple in Beijing

The Temple of Heaven, literally the Altar of Heaven is a complex of Taoist buildings situated in southeastern urban Beijing, in Xuanwu District. The complex was visited by theEmperors of the Ming and Qing dynasties for annual ceremonies of prayer to Heaven for good harvest. It is regarded as a Taoist temple, although Chinese Heaven worship, especially by the reigning monarch of the day, pre-dates Taoism.

Chion-in in Higashiyama-ku, Kyoto, Japan is the headquarters of the Jodo Shu (Pure Land Sect) founded by Hōnen (1133-1212), who proclaimed that sentient beings are reborn in Amida Buddha’s Western Paradise (Pure Land) by reciting the nembutsu, Amida Buddha’s name.The vast compounds of Chion-in include the site where Hōnen settled to disseminate his teachings and the site where he died. 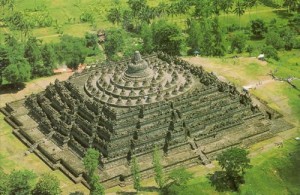 Borobudur is a ninth-century Mahayana Buddhist monument in Magelang, Central Java, Indonesia. The monument comprises six square platforms topped by three circular platforms, and is decorated with 2,672 relief panels and 504 Buddha statues. A main dome, located at the center of the top platform, is surrounded by 72 Buddha statues seated inside perforated stupa. 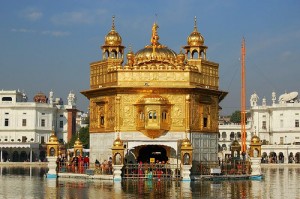 Golden Temple or Darbar Sahib, informally referred to as The Golden Temple orTemple of God, is culturally the most significant place of worship of the Sikhs and one of the oldest Sikh gurdwaras. It is located in the city of Amritsar, which was established by Guru Ram Das Ji, the fourth guru of the Sikhs, and is, also due to the shrine, known as Guru Di Nagri meaning city of the Guru. 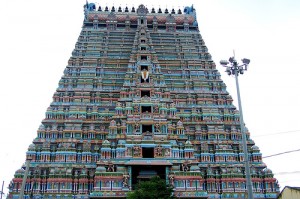 The Sri Ranganathaswamy Temple in Srirangam, Tamil Nadu, India is a Hindu temple dedicated to Lord Ranganatha, a reclining form of Lord Vishnu. It is the first and foremost among the 108 Divya Desams, the holy abodes of Lord Vishnu. The temple chariot festival is famous during the 21 day Vaikunta Ekadasi when the Vaishnavite text, Tiruvaimozhi is recited before Lord Vishnu. 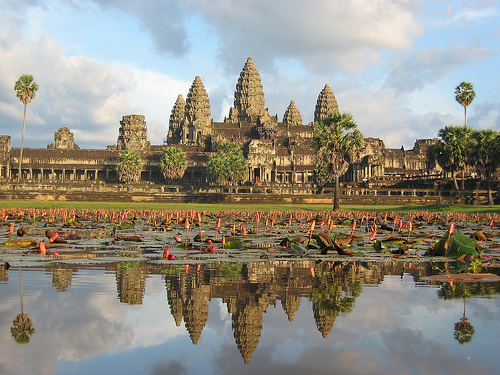 Angkor Wator Angkor Vat, is a temple complex at Angkor, Cambodia, built for the king Suryavarman II in the early 12th century as his state temple and capital city. As the best-preserved temple at the site, it is the only one to have remained a significant religious centre since its foundation—first Hindu, dedicated to Vishnu, then Buddhist. The temple is the epitome of the high classical style of Khmer architecture. It has become a symbol of Cambodia, appearing on its national flag, and it is the country’s prime attraction for visitors.