Amazon Vs. Apple – The competition continues

The publishing industry is facing a tough time due to slow growth of 1.6 per cent in annual sales and shrinking profit margin. This has been mainly due to decrease in the number of book readers and with the entry of new competition. Publishers has been slashing expenses and laying off editors and publicists while limiting their chances over new or unknown writers. 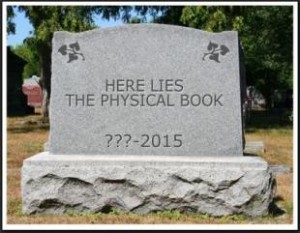 The industry is facing price threat from new entrants such as iPad, Kindle and Google Editions; increased pressure from the supplier to increase profit margin along with increased expectation from buyer for low price has made this industry a bad one to be in. Threat continues to come from substitutes such as television, movies, video games and web contents for people’s valuable time.

Rising cost of supplies combined with inflation has made books less appealing to the general public. The industry has revolved and depended on retail stores to sell their publications instead of evolving; lack of trust between the publishers have widen with time and there was very few to no trust in sharing or participating any combined efforts to develop this industry. 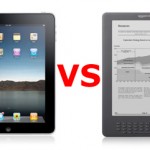 Amazon’s vision is to be customer-centric company; therefore the company has always operated in providing the best value to its customers. Due to this vision the company has chosen to grow, rather than make profit through its operations since its inception in 1995; it took 7 years for the company to generate a profit. To monopolize its presence in the e-book market, Amazon has been known to create a fixed price of $9.99 for all the e-books, restricting profit to the company as well to the publishers. Though Amazon was not required to make such a move, since they had a monopoly in this segment, they followed its vision to create such fixed pricing. The release of Kindle has strengthened the company’s position in the e-book market that has lead to an increased market presence. With an established web portal, integrated ordering system combined with virtually all the major publishers under its belt, Amazon has all the success factors for a market leader. Publishing industry which is already affected by the market competition is not happy with the Amazon’s fixed pricing structure as they are making marginal profit in each e-book that is sold after compensating its authors, editors and paying off other expenses. Amazon is hesitant to accept the agency model pricing and has also attempted to deal directly with author’s, offering a royalty of 70 per cent when the publishers only offered authors a royalty of 15 per cent. This has weakened its appeal among the publishing industry and the industry have started seeing Amazon as a publisher rather than a platform/distributor for publishers.

Apple, a long time player in the computer hardware and software business has witnessed the market opportunity. Apple has entered this market with a new capability and desire to attract the publishers who has a better bargaining power since they are unhappy with Amazon’s performance. Even though Apple’s launch with iPad cannot be viewed as a direct entry into the market, they had previously tested their products and services using iPod and iPhone, and had encouraged publishers to create iPhone apps for their e-books. With established customer base and platform viz. iTunes and Apple stores it can push its customers for a impulse purchase of its e-books. Apple has also agreed to work with publishing companies in the agency model pricing and has agreed to share book revenue statistics of their e-books sale. Being a new entrant to this industry and iPad being an expensive device compared to Kindle, Apple’s key success lies in charging reasonably prices to its consumers. Even though the publishing industry sees iPad as a saviour, there are scepticisms among the publishing community that after one year when the agency model is no more active, Apple may also complain that the pricing for e-books are excessive and may pressurize the publishing industry to reduce the cost.

Amazon with over 15 years in the e-commerce business and having a track record in selling hard cover books has a potential to be a market leader in future as it enjoys now. The current strategy that Amazon employs cannot be sustained as Amazon fails to please its publishers who represent a major portion of the publishing industry. They also resist disclosing the revenue percentage that publisher’s e-books have made and also tried dealing directly with authors by providing higher royalty, doing so they have upset their core suppliers. With the entry of new competitors such as Apple’s iPad and Google Editions, these publishers will get higher visibility and profit margin, which will encourage them not to publish their books in Amazon anymore.