What is Quantitative Easing & Why is it Gaining Importance

Quantitative Easing in its simplest form is to create cash from pure, thin air. Which means that central banks are not required to keep a collatral when deciding to print cash, which used to be the Gold Standard.

Printing money is simply a figurative speech, in actuality central bank do not print money, they simply credit this amount of money to their account when needed. The side effects of such a money is the most obvious one, devalue of currency. 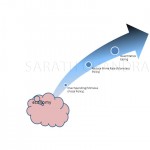 QE is a by-product of Recession or Depression .  Quantitative Easing is until now seen as the last resort to pull economy out of the black hole. Obviously because of the side effects, central banks make this decision to implement QE after couple of other efforts:

Stimulus used to be one of the most circulated world a year back. In 2008 when the US economy was going through a bundle of issues, the world economies started to stimulate the economy by spending more of its reserve cash into the economy in infrastructure projects & other much needed capital intensive projects. Usually minor recessions can be recovered by such moves. The known side effects of stimulus is that governments go into a debt resulting in decreased liquidity in cash and may result in inflation (loss of  value of currency) due to increased circulation of money in the economy. When stimulus has lost its impact, central banks go with the next attempt.

Reducing the interest prime rate is monetary policy to increase the circulation of money in the economy. Usually when banks see that economy is heading for a nose dive, they are less hesitant to lend more money to the public & businesses; Why ? Because banks are in the business of making money by acquiring interest. If they see that businesses or people cannot repay the money, they will run into trouble. So the banks try to scrutinize the credit or loan to the public. To ease this situation, central bank reduces the prime rate, so that it becomes affordable for the public to repay the interest and hence encourage the banks to lend more money, there by increase the circulation of money and there by encourage business & individuals to spend more.

When the above 2 have failed, the last resort is QE. Why…? Because central bank has encouraged stimulus, reduced the bank rate to virtually Zero, what more can you do to encourage spending…the obvious one, increase the flow of money into economy or ease the quantity of currency into the economy. This will increase the velocity/liquidity of cash in the economy.

Once the central bank has decided to go with the Quantitative Easing, they have to credit this newly generated wealth to the banks to ease their lending power. They do this by buying the bonds & securities from these organizations. By doing so, they have made government backed securities less incentive to invest in. Now, the central bank hopes that with this newly credited money, banks will be encouraged to lend more to businesses & individuals. Once the economy recovers, the central bank intends to sell back these bonds & securities and recoup the money they created during the QE. And then they will destroy or expense these cash, regaining the currency value in long run. But the issue with QE is the devalue of currency and risk of running into a huge long run deficit or debt for the central banks. There is a simplified explanation of the QE aspect in relations to bonds & securities by marketplace videos in Youtube:

Now all these are focused towards banks increasing the lending options, though this is a very important element in economic recovery, the other element is confidence of businesses & individuals to use this money to spend. The central bank hopes that increased lending will boost the business and consumer confidence which can pull the economy out of the spiral, domino effect