When I heard that news, I was thinking to myself like many others…see flu shot is not required for your body to fight to defend your body.

I have been always against flu shot, not that I have anything against it, but I do not see any advantage of having them. I always believe that human body had the capacity to fight seasonal flu…hello we have been in this world for over 200,000 years on earth now-
http://en.wikipedia.org/wiki/Timeline_of_evolution

The news about Swine or H1N1 (to be politically correct) flu is getting more attention. I believe this is one of the many new generation flu’s that we will be facing with the climate change and evolutionary effects.
http://en.wikipedia.org/wiki/H1n1

Its ironic that you took the flu shot to be safe..injecting dead viruses into your body so your body knows how to fight with them, later to realize (precisely after 1 yr) that you have TWICE the chance of getting the new generation virus because you took those steps.Anyway this is only a preliminary study, but what the scientist say is that since H1N1 is a complex virus. 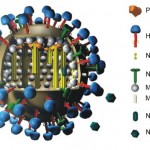 When a person who has already injected with a dead virus by the flu shot, it prepares your body to defend against that virus.

This flu season the more chance of getting infected by H1N1 is more probable which means that H1N1 with a strand of the dead virus comes into a persons body who has taken a flu shot, the host’s body defends thinking its strand of dead virus but infact it is that strand in addition to a whole lot of others, which leaves your body unprepared.

Anyway H1N1 is in its early stages of study, within next 2 yrs we will have a pretty good idea, how complex this virus is going to be. Until then eat fresh fruits, fresh vegetable, be more close to nature and live Green