The Indian rupee, coded INR or Rs is the official currency of the India used by close to 1.15 billion people in that country. Historically, the rupee, derived from the Sanskrit word raupya, which means silver, was a silver coin. This had severe consequences in the nineteenth century, when the strongest economies in the world were on the gold standard. The discovery of vast quantities of silver in the U.S. and various European colonies resulted in a decline in the relative value of silver to gold. Suddenly the standard currency of India could not buy as much from the outside world. This event was known as “the fall of the rupee”.

Currency Sign or Symbol is a graphic symbol often used as a shorthand for a currency’s name. It’s also a status sign for most of the international currencies, provided the fact that most of the countries do not have a symbol for their currencies. 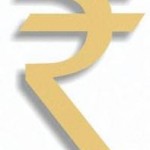 The Indian Rupee Sign
On March 5, 2009 the Indian government announced a contest to create a symbol for the rupee. During the Union Budget 2010 Finance Minister Pranab Mukherjee mentioned that proposed symbol would reflect and capture the Indian ethos and culture.Five symbols had been short listed,and the Cabinet selected the definitive symbol on 15 July 2010.

The design of the new symbol is by Udaya Kumar (more info), a student of the Industrial Design Centre (IDC) at the Indian Institute of Technology Bombay (IITB).The symbol is derived from the Devanagri ‘Ra’ script which represents rupaiah, to appeal to international and Indian audiences.The meaning of the symbol is referring to the tricolour Indian flag and also depicts equality sign which symbolizes the nation’s desire to reduce economic disparity.

Implementing the new sign
The government intends on adopting the chosen symbol nationally within six months, and internationally within 18 to 24 months.One of the essential steps in this formal process is getting approved by Unicode Consortium. That would lend Rupee a place in the Unicode character map, which will make it possible to use and view the symbol on almost any computer around the globe. Keyboards incorporating the sign should start appearing in India, soon after. Meanwhile you can download the font set with currency sign from here